The language of Dutch – “It’s another biscuit” 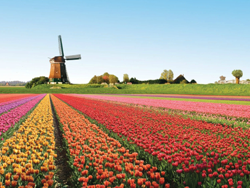 Last year I studied in Brighton for four months and now I am doing an internship in England to become fully immersed in the language. I decided that after two years of studying literature, culture and the language itself, it was time for me to go to England and experience it. I am really glad that I did! When I moved to England I did not know anybody and I was forced to talk in English. Not many people there speak Dutch! This really helps you improve and I really recommend that everybody, as much as possible, learns the language in the country where it is spoken. It really is the quickest and best way to learn! This is why Apple Languages offers Dutch language courses in Amsterdam!

When I first moved to England I was told by my new friends that Dutch was a mixture of English and German. I never really noticed it myself, but in hindsight it does make sense. Firstly, The Netherlands is sandwiched between The United Kingdom and Germany, so they influenced each other from very early on. This is especially true when you realise that Dutch, German and English are all Germanic languages. Therefore it is no surprise that in English and German you will find Dutch loanwords and vice versa. 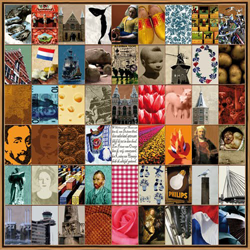 Learning a language is not simply about learning vocabulary, but often about the context and the word order of the sentences. When you translate something word for word, most sentences do not make any sense, especially when it comes to set expressions and idioms!

The famous Dutch football manager Louis van Gaal is pretty good at making some funny mistakes with direct translations of Dutch. He has worked in Germany for a while, managing Bayern Munich and is now working in the UK managing Manchester United. Whenever he is interviewed he often translates Dutch expressions word for word into English or German, but because they are set expressions they do not make sense in another language. Here are some examples:

German: “[…] wir schlafen immer Löffel an Löffel”.
‘lepeltje-lepeltje liggen’ (to lie little spoon to little spoon)
This expression means spooning. They also have an expression for that in German, ‘löffeln’. The German press probably did understand him, but because expressions are fixed it is grammatically wrong and pretty funny as well.

English: “It’s another cook… It’s another biscuit”.
‘Dat is andere koek’ (that is another cookie/biscuit)
Here van Gaal tries to explain to the press that every match is different and difficult to predict. In Dutch the expression is used to say that something is a different level. In this case the upcoming football match was going to be different challenge altogether. Whilst speaking to journalists he used ‘cook‘ referring to cookie, which in English actually means chef, something completely different altogether. When he corrected himself with ‘biscuit‘ it became quite an absurd statement for the English press!

Disclaimer: The videos in this blog are publicly available on YouTube and were not created by Apple Language Courses Ltd.

– Een blauwtje lopen
(to walk a little blue)
Mostly used when a man is turned down by a woman. In the past it was specifically used when a woman turned down a wedding proposal. It is a simplified version of ‘een blauwe scheen’, meaning a blue shin. So by a manner of speech the guy got a bruise on his shin – he got hurt because he was turned down.

– Appeltje-eitje
(little apple little egg)
This expression means easy peasy or piece of cake, saying that something is or will be easy to handle. It is a fairly new expression but is used a lot, comparable with the use of ‘piece of cake’.

– Oude koeien uit de sloot halen
(take out old cows from the ditch)
To rake up an unpleasant event. The old (usually half-dead or dead) cows stand for the unpleasant event that you wish to not be mentioned ever again.

– De bloemetjes buiten zetten
(take the little flowers out)
It basically means to party. To be more precise, a person who is going to a club or a pub and is planning to drink a lot. The exact origin is not clear but it could refer to a woman putting a flower in their hair before going out. But nowadays it is used for both male and female and seen as a bit old-fashioned.

– Peentjes zweten
(to sweat little carrots)
When a person is afraid or very nervous and they sweat a lot. The expression started out with with the word ‘pint’ to indicate the amount of sweat, sweating pints. However, over the years the expression was bastardised into ‘peentje’ which means little carrot.

– Met de gebakken peren zitten
(sit with the baked pears)
This expression is used when a person is in big trouble because of something that person did in the past. It was first used for when someone had cooked pears for a dinner party but nobody showed up, so they were left with the pears. People nowadays still use it quite often.