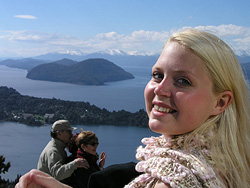 After my four weeks stay in Buenos Aires, I chose to change place and see something different about Argentina.

I didn’t really know Bariloche before, but I heard that it’s a great place for outdoor activities. I arrived there by bus and already on the way I was impressed of the landscape! I knew immediately that it is the right place to be for the next couple of weeks!

So I attended another 4 weeks of Spanish lessons there.

END_OF_DOCUMENT_TOKEN_TO_BE_REPLACED 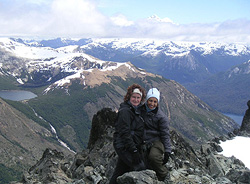 When I was planning my gap year, I immediately decided to include Latin America. As I am half way through a Spanish language degree at university, I thought it made good sense to not only do a Spanish course in Spain, but also learn some Latin American Spanish – different accent, different sights – I couldn’t wait!

I flew to Buenos Aires, spent a few days sightseeing, and then travelled overland to Bariloche. It was a REALLY long coach trip, but I loved it – watching the countryside go by, chatting to people on the coach… and then I saw Bariloche appearing on the horizon, and my excitement grew!

END_OF_DOCUMENT_TOKEN_TO_BE_REPLACED 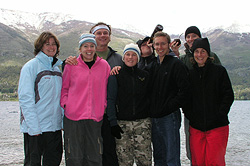 Hi, my name is Mario, from Switzerland.

I chose this language school because I wanted to study Spanish in a small city in Argentina. I didn’t know anybody before the moment I began my studies.

My first impression of the school was very positive. When I arrived at the school on Monday, everything was very organized. I did a placement test and started soon at the level: Principiante 1B (beginners 1B). Lessons started on time as usual. Teachers were very kind, competent and well prepared. The teachers normally spoke Spanish in class, but it was also very useful the fact that teachers could in fact speak other languages, enabling them to explain and understand some grammar aspects by establishing comparison among languages. Thanks to the flexibility of the professors and administration I was able to sit for an exam every week and to get an advanced level in only eight weeks.

END_OF_DOCUMENT_TOKEN_TO_BE_REPLACED 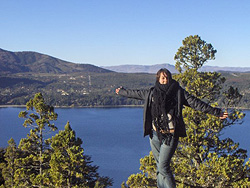 I’ve been studying Spanish in Bariloche and Santiago de Chile for the past couple of months and am really loving it! I had already been at the Santiago school for about a month and because I really liked it there, I decided to try out the school in Bariloche too.

First of all, the city is beautiful, the views from the tops of the numerous mountains and the sun setting over the lakes are images that I will never forget.