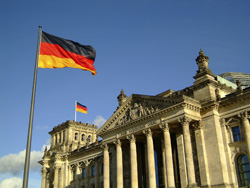 German is an interesting language, but not always a logical one! One big part of learning any language is understanding some of the many idioms, and German is no exception. Idioms can sometimes be frustrating to learn and not always directly translatable into your native language. However, knowing German idioms will reward you with the sense of having mastered the language, just like a native.

If you are eager to improve your German knowledge, or even if you are just starting to learn the language and want to spice up your vocabulary with some typical idioms, we’ve made a small list for you … 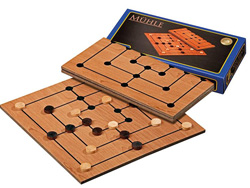 Used to describe really difficult, if not unsolvable, situations. The term “Zwickmühle“ is a type of move used in the board game Nine Men’s Morris.

English equivalent: Being in a catch-22 situation

Used for statements that leave out many factors or are based on imprecise evidence, with the end result that the statement or ‘calculation’ isn’t quite truthful. If someone accuses you of making a milk-girl calculation, it means they think you’re exaggerating or over-simplifying things for your own ends.

The origin of the term is a fable from Jean de la Fontaine that tells the story of a milkmaid. Daydreaming on the way to the market about all the money she’ll get from selling her milk, the maid ruminates on what her life will be like when she has this money. Whilst she is dreaming, she drops the pail of milk, thus destroying her profits. It serves as a warning to confine one’s thoughts to what is real, lest we get ahead of ourselves.

(Break your neck and leg)

Used to wish someone luck when you don’t want to jinx the situation.

No one really knows where this comes from, but it’s a phrase that’s been around for over a century. In other countries, it’s mostly associated with the theatre. Some etymologists think it was borrowed from a similar-sounding Yiddish phrase meaning ‘success and blessing’, and that it stuck because of the humorous comparison between the meaning of two phrases.

(not the yellow from the egg) 🍳

People use this when they’ve completed a task, but not very well. For example, if you got a C in a maths exam – a pass, yes, but not the best grade – you might say, “My maths is not the yellow from the egg.” In this instance, the yolk is the best part of the egg, and the part everyone wants! 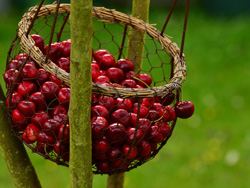 (it’s difficult to eat cherries with them)

English equivalent: They rub me up the wrong way

This is said about someone who doesn’t like you, or someone who is so serious that you can’t joke around with them. It essentially means that it’s difficult to strike a bond with them.

Its roots are from medieval times, when cherries were a rare commodity and only the rich could afford them. People who wanted to get cherries tried to engage the rich person in a conversation, and would usually only succeed if the person with the cherries liked them enough to share. If exposed, the thief had the cherry stones spat at them as punishment!

(Don’t praise the day before the evening) 📆

English equivalent: Don’t count your chickens (before they hatch)

This one is a general warning: don’t celebrate something before it’s done, because it can still go wrong. If you are going on a long road trip and there no traffic jams in the first hour or two, this doesn’t mean that you won’t come across some further along the road. 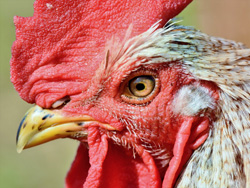 (Not one single rooster coos after that)

No English equivalent, but similar in sentiment to ‘about as much use as a chocolate teapot’

Used to describe completely useless items, ideas, or rules that no one asked for. It’s assumed to originate from the New Testament, when Petrus denied Jesus three times. After every denial, a rooster crowed.

No English equivalent (the phrase in English would be, “I could eat a horse!”)

This one’s very simple: being as hungry as a bear! 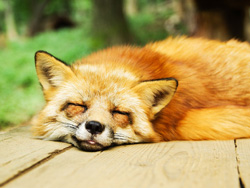 (You have to be fox)

The fox is a smart animal, at least in fables. To be a fox means to be clever or smart.

English equivalent: At a snail’s pace

Snail-tempo is super slow speed. This is used to describe someone who moves or works really, really slowly.

English equivalent: Blind as a bat

Someone who has very bad eyes and can’t see properly has a kink in their optics.

(Leave the church in the village)

English equivalent: Don’t get carried away

This is said to someone when they’re jumping to conclusions or over-exaggerating. It’s an advisory to stay with the truth.

(In the country of the blind, the one-eyed man is king)

English equivalent: The same, though it’s not used very often

With roots in an Egyptian proverb, this idiom can be found in various forms in many languages. It refers to the fact that being mediocre with only a few skills is still better having no skills at all. The one-eyed person can still lead the blind, even if their sight isn’t as good as a person with two eyes.

Used when someone tries to make a distinction between two very similar situations or things.

(His bark is worse than his bite) 🐕

English equivalent: The same (also: all mouth and no trousers)

This is often used to reassure people that an angry person isn’t likely to actually cause any harm. Like a barking dog, they may seem much more hostile than they actually are. 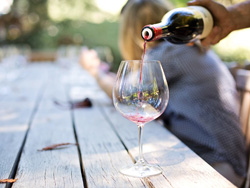 This means to be honest. It originates from medieval times, when bars tended to mix their wine with water to thin the mixture and make more profit. Bartenders who gave you pure wine were considered trustworthy and honest.

This is most often used to describe kids who get ridiculously upset over small things. A case of ‘monkey theatre’ is a wild overreaction.

English equivalent: The same (also: don’t beat around the bush)

You’d tell someone to ‘spit it out’ in almost a literal sense. If someone is struggling to say what they want to say and the other person is feeling exasperated by this, they would advise that the other person ‘spit out’ the words and just say them.

(to carry your heart on your tongue) 💓

English equivalent: Wear your heart on your sleeve

People who carry their hearts on the tongues always say what they think and how they feel about something. They will always tell you what worries them.

This idiom is unusual as the literal translation seems to be clearer than the English equivalent. To wear your heart on your sleeve means that your emotions are visible, not hiding up your sleeve like they would be in a magician’s trick.

You can use this idiom if something bad is going to happen, or if you’ve made an error but don’t have time to correct it. For example, you think you have completed your written test in school, only to notice afterwards that there were further questions on the back of the exam paper.

It’s thought that the Marie here is a patron saint – after all, there are at least seven known Saint Maries today. Usually, people said goodbye or goodnight to saints at the end of the day as part of their evening prayers. For a long time, night heralded the end of almost every activity, hence the common association of night with death and other negative things. For someone living in a time without electric lighting, night meant you could do no more that day, so you said goodnight and went to sleep. This has evolved into the modern usage of the phrase, where a person acknowledges that no more can be done in a certain negative situation.