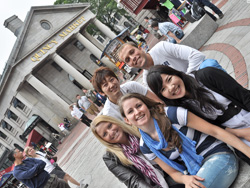 Boston is known as ‘America’s Walking City’. It is Massachusetts’ capital and the largest city. It is a place where people can do almost everything by foot. Part of this is due to the huge student population, almost one fifth of all residents! Boston might not be the most popular or glamorous American city such as New York City, Washington or LA. But, like many state capitals in America, Boston a very significant place!

This is especially noticeable if you only have a limited time to discover it all. It is almost impossible to fully discover every inch of Boston, even if you have all the time in the world. That is why I have hand picked a couple of places you should go to when you next find yourself in Boston. Let’s go!

We should start off with a few fun facts about Boston, some things you may not know!

When the English colonists came to the New World, some of them were from the English town of Boston in Lincolnshire. Therefore, they decided to keep the name.

Central Park in New York City might be the most famous public park in the United States. But, the Boston Common is the oldest park of the country. The colourful landscape dates back to 1634, which makes this park only four years younger than the city itself!

In almost every touristic city in the world you will find drink promotions and Happy Hour signs for certain times of day. This is not the case in Boston, having outlawed it in 1984. You can still go for a drink after work in this city, but won’t find cheap student-led drink promotions in the bars here.

The Red Sox of Boston are the oldest Baseball club in the MLB (Major League Baseball). Their home stadium, Fenway Park, has become an icon in itself. The Green Monster, a nickname of a wall in Fenway Park, is so famous that the Boston Red Sox patented the colour of it: Green Monster™ Green!

Planes, trains and automobiles… and a boat! According to Bostonians the Boston University Bridge the only place in the world where you can sail by boat under a train, that goes under bridge for vehicles, that is also under the path of an airplane! There are actually other train bridges under road bridges in the world, but no where as significant as the BU Bridge!

Between the 1659-1681, the early years of the city, the people from Boston were not allowed by law to celebrate Christmas! Since the Pilgrims believed that this holiday was corrupted. Lucky for the future generations, this law is not enforced anymore.

Read on for further information about this fantastic city! 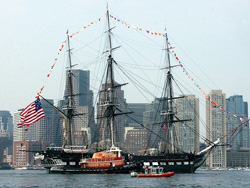 Boston is one of the oldest cities in America. It was founded by British settlers in 1630, many of them from a British town of same name. The city therefore has a long history. The most famous event in the history of Boston is definitely The Boston Tea Party.

The Tea Act was enforced in 1773, seeking to boost profits for the vast monopoly that the East India Company held. With this tea act, the British parliament wanted to make sure that the East India Company ruled tea exports to the colonies. They wanted an exemption on the export tax and a drawback on duties owed on certain surplus quantities of tea in its possession. The tea was to be carried only by ships of the East India Company and sold through its own agents. By doing this, the independent colonial shippers and merchants were completely bypassed. The company could undersell everyone with this one act.

The ‘New World’ refused to accept this. Under pressure from several patriot groups Charleston, New York and Philadelphia refused to accept the shipments. But, Boston the governor Thomas Hutchinson was determined to obey the law. Therefore, three British ships, Dartmouth, Eleanor and Beaver could deposit their cargoes and the appropriate duties should be paid. However, two of his sons and his nephew did not share the opinion of the governor. On the night of December 16, 1773, a group of approximately 60, dressed Mohawk Indians, boarded the ships and dumped their complete tea cargo, valued at £18,000, in to the harbour.

The Boston Tea Party went down in history as the first significant sign of rebellion against the British empire. 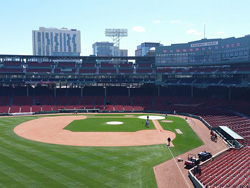 Nowadays a lot of old buildings are demolished to make place for bigger, newer and ‘better’ buildings. But, sometimes bigger and better is not always an improvement. This is proven by Fenway Park, home of the Boston Red Sox. This ballpark is a true monument that you just must visit when you are in Boston!

Fenway Park is the oldest major league ballpark that is still in use. It opened its doors on April 20, 1912. The Ballpark was built in only one year. During its existence, there have been only a few modifications to the ball park. Therefore, Fenway Park still has that authentic vibe. The current owners of the Boston Red Sox stated that they want to maintain the authentic vibe that Fenway Park has and have therefore, no plans to move the stadium to a new location.

Although Fenway Park is the oldest major league ballpark that is still in use, it is one of the most loved stadiums in the major league. But, it not only just the ballpark that makes Fenway Park truly a remarkable place to visit. The whole atmosphere outside the stadium before every home game of the Red Sox. Yawkey Way is closed prior to the game, to make sure that the fans can enjoy live music, great food and the company and most important of all, so they can enjoy their mutual love for the game. 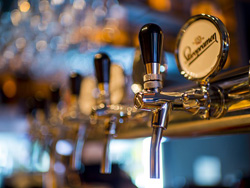 You can do more than just tasting the different kinds of beer. There is also the possibility of having a guided tour through the brewery and to see up close how the brewery process is done. However, the legal drinking age in America is 21. All family members will enjoy this tour, but if you are younger then 21, you have to have a parent with you at all times. 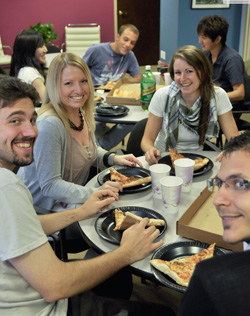 Boston’s always found on top ten lists for students. It is simply one of the best places in the world to study and studying English is no exception! The actual number of college students living around the city is a quarter of a million! Therefore It is the perfect place to immerse yourself in the language. Also, the city always has something going on to cater for all these students. If you are thinking about learning English in Boston then book a language course with Apple Languages today!