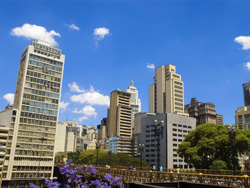 Just a month ago, I returned from a 6 month study exchange in Brazil. It was part of my studies as I had to follow courses related to the ones I followed back home. I could have done this at many partner universities in the world, but I chose to do this in São Bernardo do Campo. This is a city that is part of the greater São Paulo metropolitan area.

Back in the Netherlands, I already studied the Portuguese language and culture for one and a half years. This lead to me having some basic knowledge of how Brazilians live, and how to speak their language. If you plan on going to Brazil, knowing Portuguese is important. Unlike Europe, English is not a widely spoken language here. 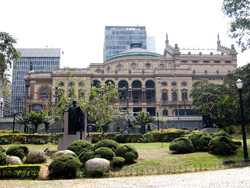 When I arrived in Brazil, the first thing I noticed is how difficult it is to understand what people are actually saying! It doesn’t help that if you say the basic “tudo bem?” (how are you?), you immediately get a whole flood of questions, asking all kinds of things.

After adjusting to the sound of the language, you find out that Brazilians are actually genuinely interested to know about you. Where you are from, why you are here, and what you are doing. During my courses in university, younger students were quite shy to speak to me, as they weren’t very confident with their English. Older students on the other hand were happy to explain everything in Portuguese or in not so-fluent English. There were also students who had more foreign experience, which I had most of my contact with in the beginning.

The first thing to mention about Brazil is that it is an enormous country. It has so many natural treasures, it is simply unbelievable. I did not visit that many of them, due to time restrictions. Having heard plenty of stories, I would be crazy to not believe how good they are though. There is of course the famous Amazon rainforest but also the not so well know Atlantic rainforest. Both are amazing experiences in themselves due to the incredible variety of wildlife and plants. Other well-known natural wonders are the Iguaçu Falls (which are the widest waterfalls in the world), the countless beautiful beaches of the northeast, and much more.

I visited Rio de Janeiro during my stay, as it is the number 1 tourist destination in Brazil, and also the 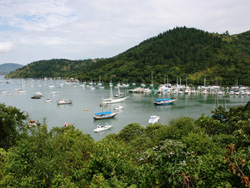 beaches in the northeast of São Paulo state. Rio is a must visit for anyone, with (again) impressive beaches, a couple of mountains right in the city, and the statue of Christ the Redeemer (Cristo Redentor) overlooking all of its glory. The slums (also known as favelas in Portuguese) are often dangerous, but also a beautiful sight dominating Rio. You can also do a guided tour of some of the more peaceful favelas.

Just before the beginning of my semester abroad, I travelled to a tiny town by the Atlantic Ocean, called Trindade. Originally a fishermen’s village, it has become more touristic due to its beautiful view and relatively quiet beach. There is a natural swimming pool as well. During my trip to Trindade, I also went to a nearby city called Paraty with friends and hired a boat for about 8 people. This resulted in one of the most relaxed afternoons in my life.

Probably my favorite part of Brazil! The Brazilians are truly incredible people in my eyes. During my stay, I lived with a host family. They regularly took me to their friends’ parties and all sorts of useful locations in the neighborhood. I really felt like I was part of a family, although I was living with a senior mother and her adult daughter. 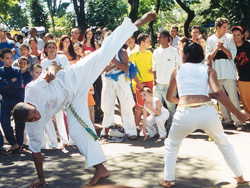 Making friends was surprisingly easy in São Paulo. According to many people I talked to, it is supposed to be the most open-minded city in Brazil. I noticed many people enjoyed my foreign behavior instead of looking strangely at me. Many Brazilian shopkeepers and random people in the street also loved correcting my Portuguese, and liked showing me “how things are done over here”. Even if they had to rely on gestures and other people in the vicinity.

Most Brazilian students have access to a car, and as the public transport (outside of the metro) isn’t fantastic, they do use it a lot. Driving from São Bernardo do Campo to the center of São Paulo can take between 30 minutes and 2 hours depending on how much traffic there is, but we still went to the city center by car many times to go out. Which brings me back to Brazilians, they love to party and they love to invite you to a party.

Things I Have Learnt

The stay in Brazil took 6 months, yet it felt like a couple of weeks. Looking back on it, I grew immensely. Of course I saw a lot of things and learnt how to speak Portuguese, but I also became more relaxed (take your time instead of hurrying all the time). Additionally I became more social (actively showing interest in other people instead of being lost in thoughts most of the time). And finally I made friendships that will last a lifetime. I will definitely go back to Brazil at some point, the sooner the better!