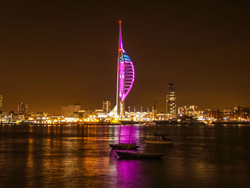 Portsmouth is an island port city situated on Portsea Island in the county of Hampshire, England. Confused? Luckily we have included a picture. The city’s rich history has been influenced by its association with the sea and its proximity to London and mainland Europe. The Romans were the first to appreciate the sheltered natural harbour at Portsmouth – they used it as a strategic base when fighting pirates in the English Channel. As you might already know, it later became the home of the Royal Navy.

Due to its military importance, Portsmouth was extensively affected by aerial bombing during World War ll. Many major landmarks and homes were damaged or destroyed. Following the war, much of the city’s ravaged housing stock was demolished and cleared. Residents who lost their houses were moved to new developments in areas to the north of Portsea Island. Portsmouth continues to evolve with redevelopments such as the Pompey Centre at Fratton Goods Yard and Gunwarf Quays. 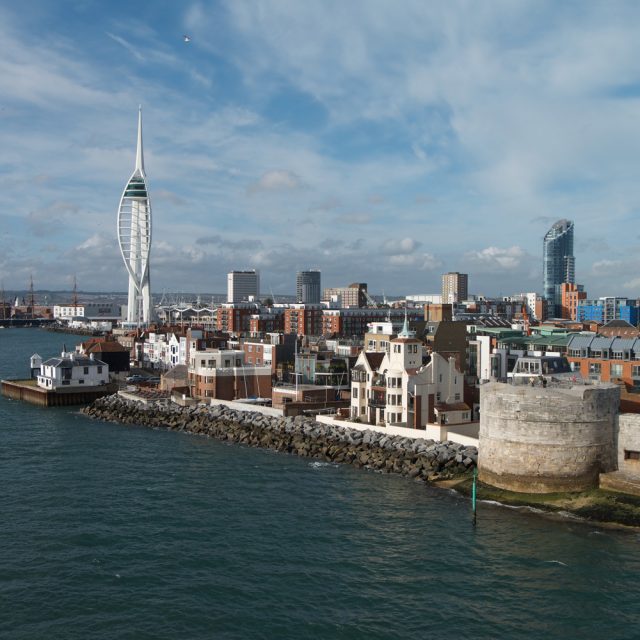 Another thing that has been and always will be subject to development is Portsmouth’s public university. Since its foundation in 1908, the university has expanded massively. It is now composed of five faculties divided into 29 departments that educate over 23,000 students each year. These students are inseparable from Portsmouth’s streetscape and contribute greatly to its economy and innovations. Simply put, they make the city vibrant. There are many affordable bars, music venues, and other student-friendly destinations which all give rise to the genuinely great atmosphere all across the city. It’s a perfect place to study English!

Who would have guessed that..

Did you know Portsmouth is nicknamed Pompey? Though one can argue about the reasons for this, there is one story that stands out. It’s about a lady, known throughout the Navy as Aggie Weston, who ran a hostel and club for sailors in Portsmouth. She used to give talks at the first Sailors’ Rest, set up with the help of her friend, Sophia Wintz. Each of her talks attracted a large audience; it is said that in 1904 she spoke about the Roman general, Pompey the Great. She got very worked up about the reasons for his downfall and, when she told of his assassination, one of the sailors called out, “Poor old Pompey!”

A few days later Portsmouth Football Club had a match at Fratton Park. They played badly. When the inevitable goal was scored against them, a sailor in the crowd called out, “Poor old Pompey!” – others quickly took up the chorus. It became a good-natured theme of the stadium and soon became synonymous with the city itself. 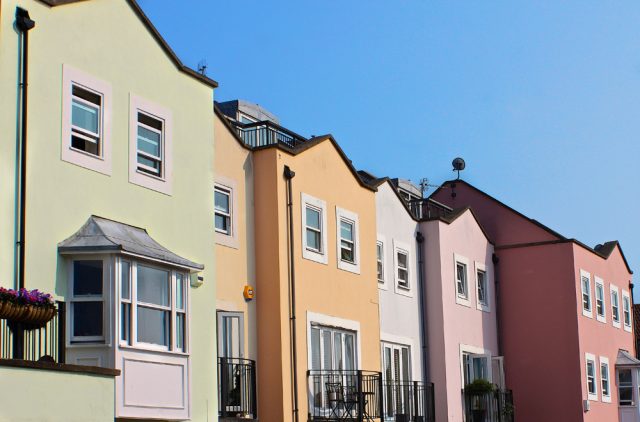 The truth is that nobody really knows how ‘Pompey’ came to be. Other suggestions for the term’s origin include the old naval expression, ‘to play Pompey’, meaning ‘to wreak havoc’, or the line from Shakespeare’s Antony and Cleopatra: “Pompey is strong at sea”. Both of these would have appealed to sailors and been taken up proudly. Some say that the name derives simply from the abbreviation for Portsmouth Point, ‘Po’m. P.’, which had long been used on navigational charts. Others still suggest that it refers to the group of Portsmouth-based sailors who climbed Egypt’s Pompey’s Pillar in 1781 and became forever known as the Pompey Boys.

A story about Portsmouth that is definitely true, however, is one concerning a famous English novelist. In February 1812, Charles Dickens was born in a small terraced house on Old Commercial Road, just a stone’s throw from the city’s naval base. The property still exists and now houses the Charles Dickens’ Birthplace Museum.

Portsmouth is hailed as the most haunted city on the south coast! With almost 1,000 years of macabre maritime history, there are many tales including the mayhem of drunken sailors, cutthroats, and murderers. Do you want to learn all about the sinister side of this old city? Take one of the many haunted tours to experience history and discover secrets that will make you shiver. The interactive guides provide plenty of ghostly stories and scares – some are very realistic and include live actors, while others might be less frightening and focus more on the story telling. Whichever type of tour you choose, you’re sure to be entertained!

The city’s rich heritage combined with designer chic developments make it a very popular destination for tourists. There are countless landmarks and attractions to be found – to list just a few of them:

For those who prefer to go shopping, Portmouth’s Gunwarf Quays is a real shopping heaven. This outlet shopping centre offers over 90 famous brands, all with up to 60% off all day every day. Even better: it is within a couple of minutes’ walking distance from our English language school! 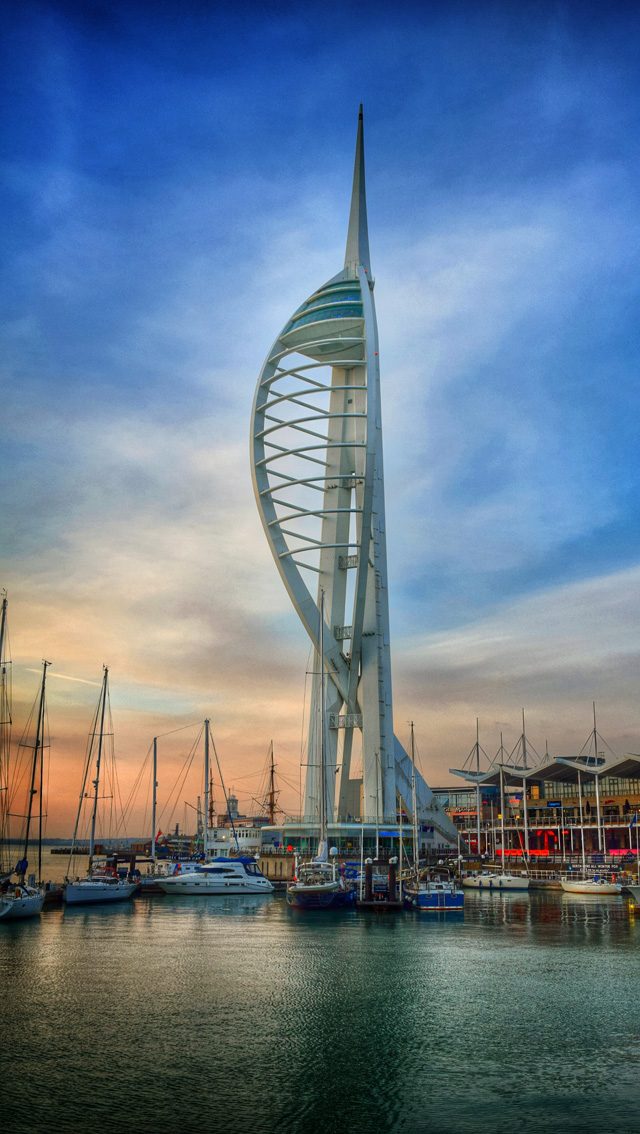 If shopping isn’t your thing, Gunwarf Quays also offers over 30 restaurants, bars, and cafes, as well as an extensive range of on-site leisure facilities such as a cinema, a bowling alley, an art gallery, a casino, and RIB-boat rides. It’s safe to say that there is something for everyone!

Portsmouth also has a vivid night life, many festivals, and countless other events such as the annual Portsmouth Beer Week. There’s no need to miss out on the fun as this handy link lists it all: Fairs & Festivals in Portsmouth. 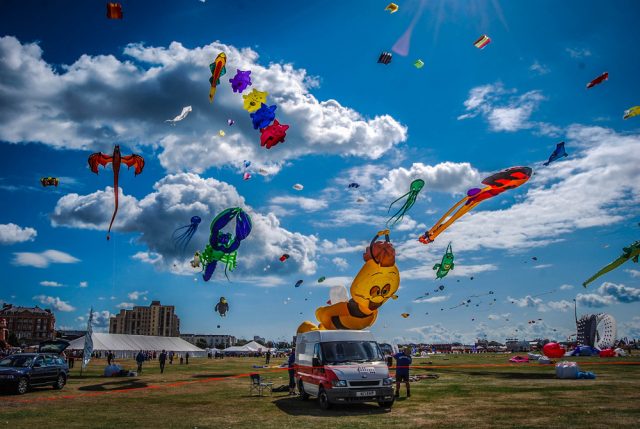 Monty’s Restaurant and Wine Bar – Excellent for Sunday roasts, pudding, or anything else that’s on their menu really … Simply delicious, mouthwatering food, great atmosphere, and a welcoming service. Need I say more?

Baffled Coffee – Delicious sandwiches, homemade sourdough, cinnamon rolls, and great coffee. This place is a must-visit for breakfast and other quick bites! 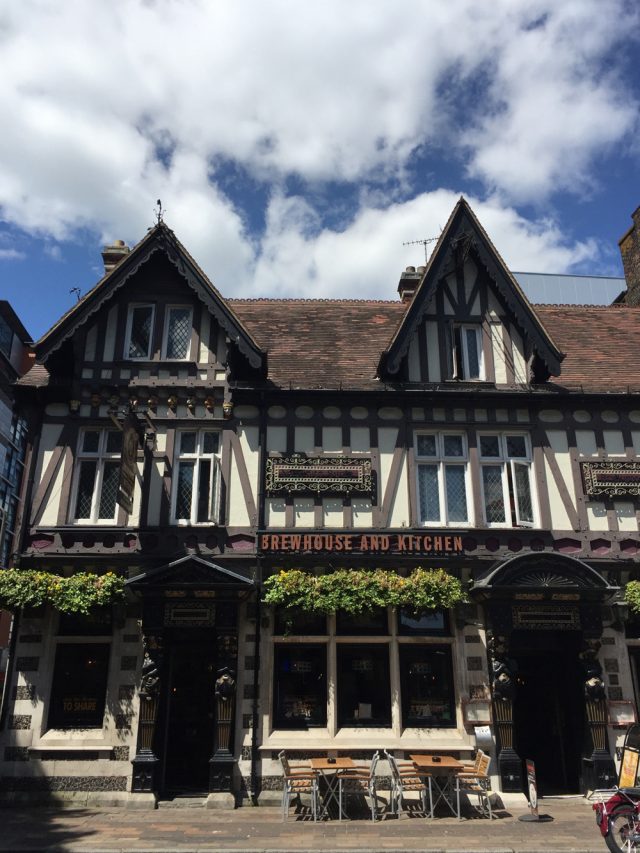 Brewhouse & Kitchen – If you appreciate a good beer, you should definitely visit Brewhouse & Kitchen. They brew their own beer on-site and no matter your preference, they can always recommend something you’ll like. Does drinking beer make you feel hungry? Try one of the craft-beer-matching dishes they serve.

Andre’s Food Bar – Do not – I repeat, do not – skip Andre’s Food Bar. This is the place to go for the freshest filled baguettes, croissants, and other delicious treats.

Our English Language School in Portsmouth

Are you still looking for a reason to visit Portsmouth? We’ve got the answer: book an English language course! Combine your stay in this fascinating and student-friendly city on England’s beautiful south coast with a rewarding educational trip. Because, after all, where better to learn English than in England?

Our school in Portsmouth is very centrally located in the heart of the university district. Each class has a maximum of 12 students, thus ensuring the best-possible learning environment. The facility boasts well-equipped classrooms, a study centre filled with learning resources, and – of course – WiFi access. Furthermore, there are not one but two student lounges with TVs, a pool table, a tennis table, a piano, and a large student cafeteria offering freshly prepared hot and cold food. This is an ideal place for great value food and socialising with other students in between your English lessons. 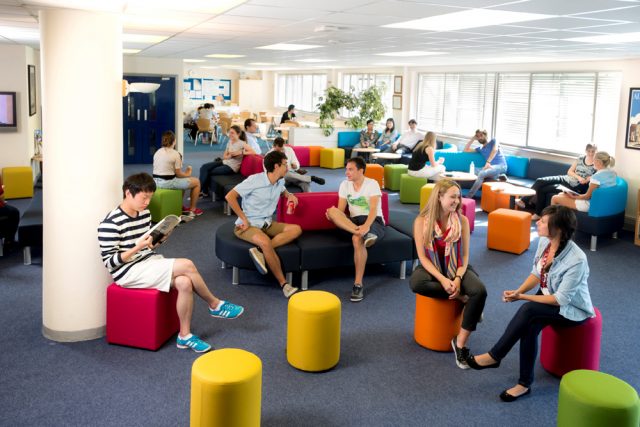 The language centre offers a wide range of courses to meet all requirements. If you need to improve your speaking skills, no problem! Looking for academic and business English? Then we’ve got that covered, too! Our school also enables you to achieve recognised qualifications in the English language with an IELTS or Cambridge exam preparation course.

Every week activities are arranged so you can socialise with other students, get a taste of local culture, practice your new English skills, and completely enjoy yourself. Examples of these activities are dining-out, pub nights, and trips to the cinema, to museums, or to the theatre, amongst many others! Our school also organises regular weekend trips to local places of interest such as London, the Isle of Wight, and Stonehenge.

Now before you let all this information settle in, I will give you one final fact about the city of Portsmouth: in 2016, The NatWest Student Living Index named it the UK’s most affordable city for students. Not bad, right? 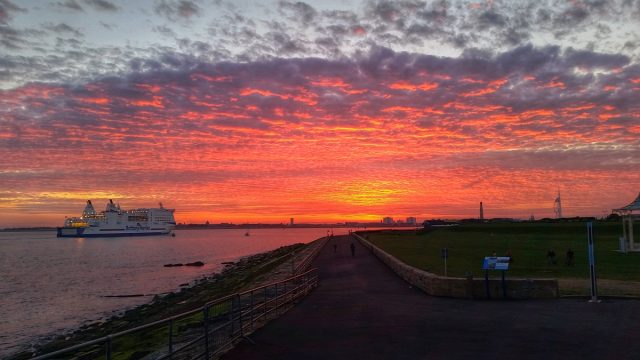