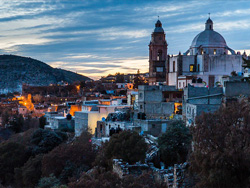 Mexico City! A Latin metropole that has the perfect balance between historical and the modern society. This city offers an incredible insight in to Mexico’s rich history. A history that spans over two millennia!

As a former Aztec capital, Tenochtitlan, as it was called by the Aztecs, has risen from the ruins of the historic city. Mexico City gives you a unique combination of world-class museums, parks, culture and of course old Aztec ruins.

I have summed up some MUST see places in this Mexican metropole below. If you ever find yourself in this beautiful historic city then these are a must! From the historical Palacio Nacional and Templo Mayor to the mysterious Día de Muertos. Did you know that Mexico City was used as the impressive backdrop for the opening of the 2016 James Bond movie Spectre? You might recognise some things if you did! 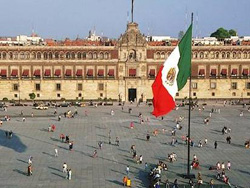 The first stop is the Palacio Nacional. This palace is located along El Zócalo, the main public square of Mexico City. This is the heart of Mexico City. The palace itself has had quite a few different residents before it became the Palacio Nacional in the 1800s. Built originally for the 16th-century Aztec emperor Moctezuma II and then later the palace of Hernán Cortez. After Cortez, it was the home of the Spanish viceroys. But today it is the home of the federal government.

Today the Palacio Nacional is also accessible to the general public. The palace is open for visitors from Tuesday to Sunday from 9:00 AM until 5:00 PM. Access to the historic building is free and the guided tours let you discover the Palacio Nacional from the inside. The best time to visit is on a weekday, around afternoon time. At this time you have ideal conditions for which to visit this site. The sun is shining on the palace in an indescribable way that really gives you the best pictures. You have to go and see it yourself! 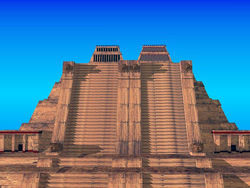 The Templo Mayor, or great temple, was first constructed somewhere during the reign of Itzcoatle (r. 1427 – 1440 CE) and was completed during the reign of Motecuhzoma I (r.1440 – 1469 CE). However, in the eyes of Ahuitzotl (r.1486 – 1502 CE), one of the successors of Motecuhzoma, the temple was not yet finished. Therefore, he enlarged it in order to build a more impressive monument than his predecessors.

The Templo Mayor structure was 60m high and 365m wide on each side. This temple was an essential construction that honoured the two most important gods: Tlaloc (giver of rain and destructive forces) and Huitzilopochtli (supreme god of the sun, war and gold). In order the gain their favour the Aztecs regularly offered sacrifices, since they believed that the gods did the same when they created the world. These offerings could be of any kind like, food, flowers and precious goods (shells and coral). However, the sacrifices that made the Aztecs the most infamous were human ones! These human sacrifices were often war captives but sometimes even children.

Most of the Templo Mayor has been destroyed. However, you can still enjoy the famous Aztec temple. Go to the Templo Mayor Museum and check out the archaeological findings of the main temple of the Aztecs. This museum is open on Tuesday to Sunday from 9:00 AM until 5:00 PM. The normal entry fee is $70 Mexican Dollars. Entry is free for 13 year olds and under, students, teachers and pensioners.

Next stop, the city of gods. It is also known as Teotihuancan pyramids. In particular the main pyramid, Pirámide del Sol (pyramid of the sun), for the supreme god Huitzilopochtli this was by far the largest structure in the ‘New World’. The size of this temple makes sort of sense since it was build for the most important Aztec god. The construction of this massive building took two whole centuries and contains over 1.1 million cubic-metres of adobe mud brick at its core!

The city of gods that are the Teotihuancan pyramids are registered on the UNESCO World Heritage Site. The site is located 30 miles (48 km) from Mexico City, but certainly worth a visit if you ever go to Mexico. The entry fee is $5 USD and up, depending on what guided tour you prefer. 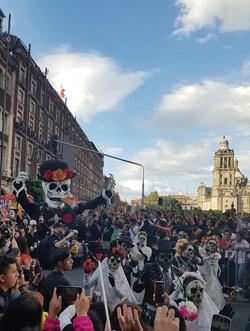 A lot of countries have their own holidays and festivities. This adds to the incredible local spirit, the diversity, culture and colour found throughout the world. In Mexico people celebrate the day of the dead, also known as Día de Muertos, every year between October 31st and November 2nd. During this holiday people honour their deceased loved ones. It is not as sad as it sounds though. It is actually very joyful and festive!

Due to the ease people can travel the world, Día de Muertos has significantly changed. This in noticeable in Mexico City with the annual street parade, desfile de día muertos.

This parade came into existence in 2016 in response to the día de muertos parade that was seen in the James Bond movie Spectre.

However, that doesn’t mean that the historical charm of this holiday has vanished. It is an excellent time to visit Mexico.

Although Día de Muertos is a holiday where families honour their deceased loved ones, it is still very open for outsiders. Mexicans like the fact that this incredible festival has brought more tourism to the country and they are happy to capitalise on this. This festival is primarily about sharing and spending time with each other, something the Mexicans are famous for. 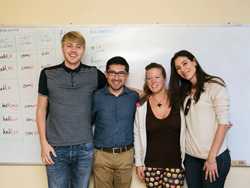 Want to learn Spanish in this incredible, colourful and magnificent city? The capital of the country with the most Spanish speakers in the world? Our Spanish school in Mexico City can be found in the heart of the city’s Colonia Hipodromo Condesa area. It is an attractive colonial building in a hard to beat location. All teachers are highly qualified. They only speak Spanish language during the lessons and school time, which really helps with your immersive comprehension.

For a complete immersive experience you can also choose to live with a local host family. Alternatively take advantage of the convenience of the on-site residence!

What are you waiting for? Make your next trip a trip to Mexico City!