Why you MUST go to Granada! 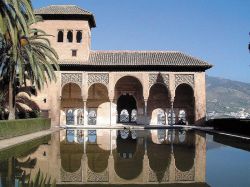 I admit it. It was peer pressure pure and simple which initially made me go to Granada.

I have been fortunate enough to visit most of the main cities in Spain and have enjoyed my time in every one of them.

However, Spain was not somewhere  I would normally have considered going to on holiday (as a French speaker, I usually prefer to go where I can put my language skills into practice!).

All this changed when I realised how many of my friends, neighbours and colleagues had visited Granada and how every one of them had been blown away by the stunning beauty of the city!

They all spoke about the Alhambra, the old Moorish streets of the Albaicin, the cave homes of Sacremonte and the wild nightlife (Granada is apparently one of the three most popular cities for Spanish college students – the other two being Salamanca and Santiago de Compostela).

I realised that I had to go to Granada and see for myself. 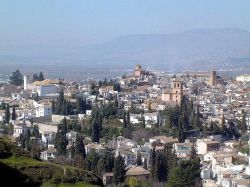 As with Rome, I decided to combine it with a 1-week language course. I find that attending a language course is the ideal holiday for a single person travelling alone. It is an excellent way to make lots of new friends from around the world, it gives you an extra motivation to get up in the morning, and you still have plenty of free time to do all the tourist stuff!

It’s important to say that lessons are always made as fun and informal as possible so it never feels like ‘going back to school’!

I went to the Granada Old Town school, staying in a shared apartment with a couple of other students.

My first impression of the school was the excellent location. It is located in the heart of the Albaicin and some of the classrooms actually look out over the valley towards the Alhambra!

The school was quite small in terms of the number of students but this gave it an exceptionally friendly atmosphere. On the first night, there was a sangria party in the school garden and it seemed that most of the students at the school turned up to say hi to the ‘newbies’.

The garden was also put to good use mid-morning as there was a pause in lessons and the students went into the garden to have a chat over a coffee and a piece of cake (you then settle the bill at the end of the week).

This made the whole atmosphere at the school feel very relaxed which was exactly what I was looking for.

Having a class size of just 6 students meant that we soon all made friends and by the fourth night, we went to the house of a couple of the guys for a party (they had a holiday home in the Albaicin and were learning Spanish so that they could spend more time there living permanently – some people are soooo lucky!).

The school was also very good at organising activities, with something happening every day including a paella party (cooked in the garden by one of the school directors), a tour of the Alhambra Palace and a ‘treasure hunt’ around the Albaicin.

I really enjoyed my time in Granada. It certainly lived up to the expectations and I would have no hesitation in recommending it to future students.