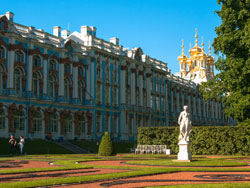 Today, the 6th June, is the UN’s Russian Language Day! This day was created in 2010 by UNESCO to celebrate multilingualism and cultural diversity within the United Nations’ member states.

The UN Language Days serve to promote the equal use of all six official languages.

We mentioned French language day in a previous post from March, but the special focus today is on the Russian language! 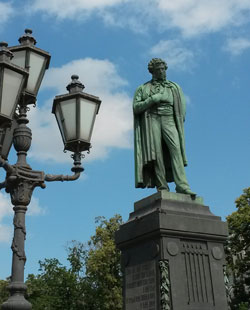 Why do we celebrate the Russian language on 6th June? The main reason is that 6th June is the birthday of Aleksandr Pushkin!

Pushkin was a poet, widely considered to be the father of modern Russian literature. He was also a somewhat controversial figure. Exiled by Tsar Alexander I in 1820, partly for the political unrest he was causing at home, Pushkin went on to join a secret society partially responsible for triggering the Greek Revolution in 1821! Pushkin also grew up speaking French, raised in the company of French household staff.

The first of Pushkin’s poems was published in Russian when he was just 15 years old. His experimental writing style gained him great renown in the literature scene. With a commitment to radical social reform, his highly politicised poetry also made him notorious in the eyes of the nobility.

Pushkin’s highly nuanced style heavily influenced later Russian literature. Russian vocabulary had numerous vocabulary gaps which Pushkin filled with calques of his own creation. Many of these derived from his native French. The rhythm of both his poetry and his prose – unique and quite contentious at the time – went on to form the basis of modern poetic Russian. Pushkin’s active career inspired the works of authors such as Leskov, Yesenin, and Gorky. His characteristic way with words has even been said to influence the work of Leo Tolstoy. Such a man is the perfect icon for a day commemorating the most-used native language in Europe.

Quick fact: Not just an important language on Earth – astronauts on the international space station learn Russian in order to be able to communicate with Mission Control!

Russian is a first language for over 150 million people, and an official language in Belarus, Kazakhstan, Kyrgyzstan, Russia, and Tajikistan. The influence of the former Soviet Union means that Russian is also an important secondary language in several other countries. The total amount of fluent Russian speakers in the world is more than 265 million people. 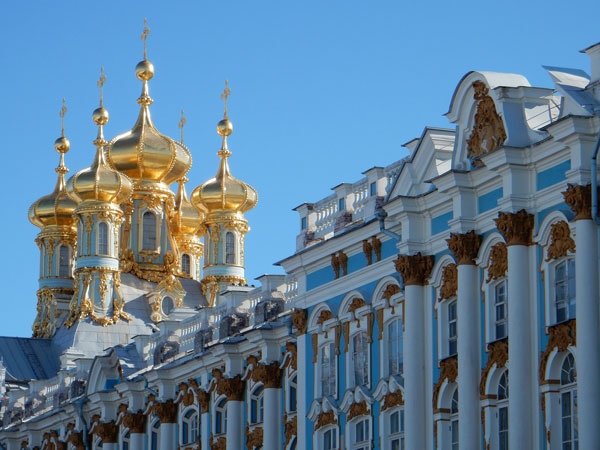 Whether you want to communicate in Eastern Europe – or perhaps even in space – you can learn Russian with Apple Language Courses! The 6th June is reserved for Russian language day, although any time of year is a good time to learn Russian in Russia.

Each season brings something unforgettable in this incredible country. In winter, you’ll walk along snow-white streets straight out of the pages of great Russian literature. In spring, you can join in the celebrations of the thawing of the snow. The long evenings in summer provide Russians with the perfect excuse to stay up all night. As one of six official languages of the United Nations, there has never been a better time to learn Russian. 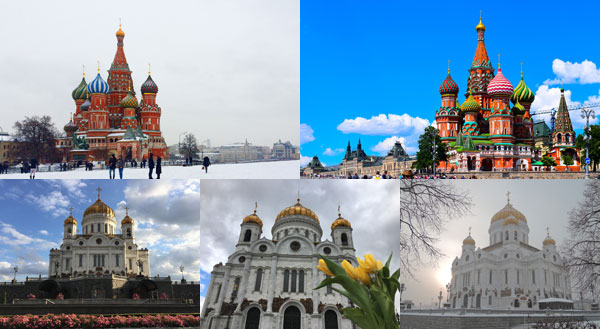 Russia through the seasons

Study at one of our schools in St Petersburg or Moscow. We also offer Russian courses in Riga, Latvia and Kiev, Ukraine. If you are an EU citizen, learning Russian in a member state of the European Union means that you will not require a Russian visa. You can also stay for 90 days in any 180-day period within the Schengen area. This is especially useful for students from the United States, Canada, Japan, South Korea, or Switzerland, who can stay visa-free for 90 days despite not being EU nationals!

Russian – doing it for the gram

Doesn’t this building seem fur-miliar? Purr-haps you’ve come across a picture of St. Basil’s Cathedral in Moscow before – at the very least, its architecture should remind you of Eastern Europe. Did you know: there are more than 166 million Russian speakers on the planet? That Russian the 8th most popular language worldwide! Why not join their ranks and having fun learning Russian abroad in Latvia, Ukraine, or Russia? And we promise: you’ll enjoy it more than the cat, that’s for sure! Feel free to contact us anytime if you are interested. #moscow #russia #cat #catsofinstagram #love #grumpy #russian #language #learning #fun #travel #picoftheday

We are always more than happy to advise you on our Russian language courses. We can also provide advice about entry requirements to Russia.

Contact us today to start your Russian learning adventure!