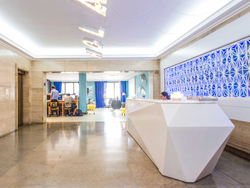 Today our blog was taken over by George who travelled with us to our incredible Spanish school in Buenos Aires.

Keep reading to find out how he got on!

“…Ehhh… Sorry… Do you speak English?”

I discovered two things during my first few days in Buenos Aires. One: empanadas are impossibly cheap and delicious (and are now a fundamental part of my diet in Argentina). Two: English, always the fallback option when travelling in Europe, is not widely known here at all. What’s more, the Spanish spoken in the Buenos Aires region, Rioplatense, is a distinct dialect of its own – influenced by the millions of Italians who immigrated to Argentina from the 1850s onwards. 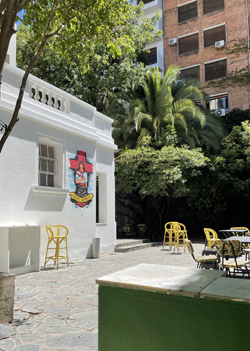 Since studying Spanish at school many years ago, my experience of using it since has been typical of many other native English speakers in Europe. By which I mean, we’ll ‘have a go’ with a well-rehearsed opening salvo, before receiving a response in perfect English – often technically better than our own. Apart from a token ‘gracias’ at the end, the Spanish tends to stop here.

As a result of this, I’d almost forgotten everything over the years.

When it comes to learning languages, particularly as an adult, being thrown in at the deep end is often the most effective way of making real progress – as scary, or as awkward, as this may make some interactions. My Spanish language school in Buenos Aires clearly agreed with this approach – and had one fundamental rule to make it happen.

Spanish was the only language permitted in the classroom, for both teachers and students. To fresh enrollees – whose repertoires barely stretched beyond ‘hola’, ‘por favor’ and a local swearword or two – this initially seemed unthinkable, if not counterintuitive. However, with surprising speed, this immersive, in-at-the-deep-end method really did start to work for us all.

For example, when a classmate asked what ‘arroz’ (rice) meant during a reading comprehension, our teacher asked those of us who knew the word to describe it, charades style if necessary, with the little Spanish we had;

“Es popular en Asia” (you’ve got this one)

Persevering in this way showed us that, yes, we could get by without our English safety net, while giving all of us more experience of speaking and listening to Spanish without pause.

Outside of the classroom, daily activities organised by the school – such as dance lessons (salsa and tango), 5-a-side football, history lectures, and a trip to La Boca – gave us opportunities to practice our Spanish in the wild, while learning more about this fascinating country.

Dance lessons offered at the school (salsa and tango) 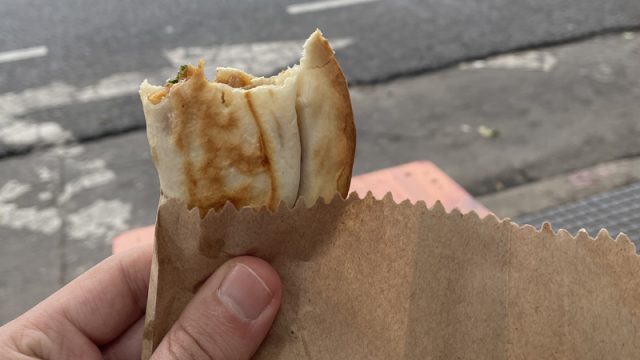 George booked a two-week Intensive course (20 lessons per week) at our Spanish school in Buenos Aires.

He had already arranged his own accommodation, however, shared apartments and Spanish speaking host families are available for an even more immersive experience!