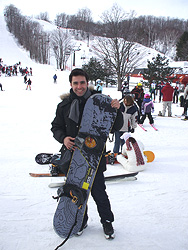 They say that French is one of the richest and most beautiful languages in the world, but if you ask me one thing it does lack is an appropriate superlative to describe Montreal. “Incroyable” is probably the closest but it still feels insufficient. Wunderbar, on the other hand, best captures my feelings about Montreal. I came to this conclusion near the end of my stay. I had just seen two amazing free shows in Old Montreal; coupled with a trip to ‘Tam Tams’, Montreal’s weekly drum circle and cultural festival.

I realized that I had just had an entire days’ worth of entertainment without spending a dime! I walked along the St. Lawrence River in the Old Port satisfied with the fact that there are very few places in the world where you can do that. Certainly, not in Berlin that’s for sure!

In Montreal, you don’t even feel as though you are immersing yourself in a new culture but rather many cultures at once! Each of these cultures welcomes you with the effortless warmth of an old friend you haven’t seen in forever. I was absolutely astonished by the size and beauty of some of the churches and buildings in the historic centre, just a short walk from the centre of modern Montreal.

But Montreal is not all festivals and churches, there is a thriving night life and the city’s several universities really help to cultivate a young and vibrant atmosphere…and I honestly think that Montreal has some of the most beautiful women in the world! Luckily, I was able to converse with them thanks to my improving command of the French language… 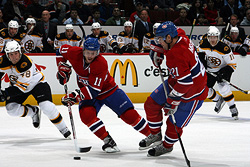 My French improved by leaps and bounds during my short time there. The classes emphasized conversation skills which was helpful for getting around Montreal by myself as a tourist. I made so many friends while I was there, inside and outside of class, and I keep in touch with them to this day. The sights and the classes were nice but it was the people who made Montreal memorable.

You could say that Montreal is a slice of Europe in North America. It’s a city that allows you walk through different time periods and from culture to culture. However, you never forget that you are very much in Canada – it’s just such a special place! The truth is that my stay in Montreal was straight up fun… and I enjoyed it a lot more because my French got loads better as I was there and the teachers and staff at the school gave me lots of great tips about things to do and where to go… You haven’t lived until you’ve been ice skating in a mall, tried poutine, gone snowboarding in Canada (the slopes are so much less crowded there!), climbed Mont Royal at midnight, or seen a real Canadian ice-hockey match!

If you can do these things while learning a new language, then all the better. Incroyable, wunderbar, amazing – all of my languages fail me when I try to describe Montreal!