A touristy weekend in London! 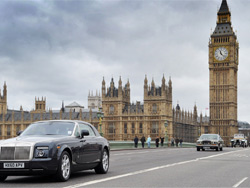 There are a lot of major cities in the UK but none is greater than London. The UK’s capital, London is more than just a big metropolis. It is truly unique and depending who you talk to, one of the most important cities in the world. London can be described as a country of its own, not only because of its massive size but because of the many different people and cultures that call this place their home. You can also call it home if you study English at one of our fantastic central London language schools!

Since London is incredibly big, you should absolutely use public transport in this city, believe me! London is simply too vast to discover on foot. What looks like a small 5-10-minute walk on the map is often a long hike. A good way to travel is by metro in the world-famous London underground. And it’s relatively cheap to use too! Alternatively, you can take one of the many hop on hop off buses. My advice would be to purchase an Oyster card. This card can be topped up with money and is valid to use on most public transport in the city, it’s not just limited to the underground.

Travelling by public transport is also an experience on its own. Using the underground will give you an insight of how Londoners travel from place to place. In my opinion, using the hop on hop off buses is more fun as a tourist simply because these buses drive through the whole city. This way you will actually see something whilst travelling, instead of looking into the black void of the tube tunnels. However, both options are good ways to travel when in London as the public transport is excellent.

Moving on to some of the major sights. You’ve probably seen the landmarks on the television, such as the London Eye, Tower Bridge, Buckingham Palace and of course Big Ben. But, believe me when I say that they look even more magnificent when you see them in real life!

Without further ado, let’s begin the tour! If you ever find yourself in the big metropolis of London, these are the MUST-SEE sights! 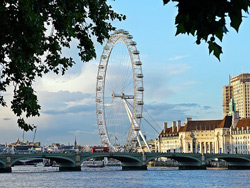 Our first stop is the famous London Eye. Located alongside the river Thames, it was first opened to the public on 1st February 2000. The Ferris wheel is 135 metres (443 ft) in height and provides a stunning view of the capital. Not only does it provide you with a great panorama of London, you can also purchase an audio guide that will give you further information whilst you’re looking at the view.

The second landmark is Tower Bridge, a true historical sight! The iconic bridge was built over 200 years ago. You might think that it’s just an old bridge that you should quickly go to see to take that iconic photo, however you can do more than that at Tower Bridge. Now you can go into the bridge and walk over its glass floors, which gives you a whole different perspective of the famous landmark. 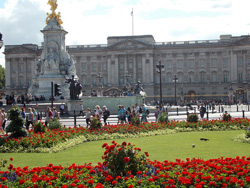 Next stop is Buckingham Palace. After the White House in Washington, it is the most famous residence in the world. Nowadays, we all know Buckingham Palace as the home of Queen Elizabeth II and her husband Prince Philip, however it hasn’t always been an official residence.

The palace was built in 1703 and was called Buckingham House. After 58 years, in 1761, the house was purchased by King George III to serve as a private retreat for his wife Queen Charlotte. From that moment on it became known as the Queen’s house. Buckingham Palace finally became the official royal residence, and not a private retreat, in 1837. Queen Victoria was the first royal to take residence in the palace.

Nowadays, the palace is accessible to the public during the summer months. This year, 2018, Buckingham Palace can be visited from 21st July until 30th September. This year’s exhibition at the palace marks the 70th birthday of Charles, Prince of Wales.

Big Ben and Houses of Parliament 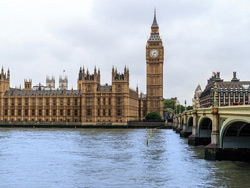 Third stop – the Elizabeth Tower, which is better known as Big Ben, however this name actually refers to the bell used in the tower and not the tower itself. The clock tower stands at the north end of the Houses of Parliament. The iconic landmark was completed on the 31st of May 1859, however it was not until 11th July 1859 that the great bell was heard for the first time.

Usually, the clock tower is open for the public seven days a week, however it is currently closed due to refurbishment. The last tour took place on 16th December 2017. Big Ben will remain closed until early 2021, however you can still admire the tower from the street. Believe me, it’s still worth visiting the tower, even if you can only see it from the outside.

Other than the big four landmarks, there are many other tourist attractions – including the following two! 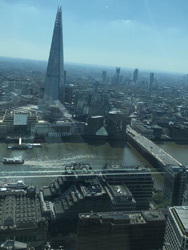 Let’s start with the Sky Garden. The Sky Garden is located alongside the river Thames and Tower Bridge in a large office building, which has an enlarged glass dome on the top floor. This provides a 360-degree view of the beauty that is London. You have to make a booking to get in and experience these great views. Every Sunday, dates and time slots are made available for the following two weeks, so make sure you reserve early to get the best time slot! However, no matter what time you go, the view is always great.

The Sky Garden does not only provide you with an unforgettable image of the London skyline, it also has its own facilities. The highest garden in Europe contains a brasserie, bar and restaurant. Although reserving a time slot at Sky Garden is free, eating and drinking there is definitely not! I found that the bar and restaurant were quite expensive, but they were TOTALLY worth it. Imagine having a delicious dinner whilst enjoying an extensive view of one of the most intriguing cities in the world!

From the dazzling heights of the Sky Garden, let’s move on to the famous…

There are lots of quite similar gardens and parks in the capital, but Hyde Park is something quite different.

For starters, it’s the biggest park in London! The name of the park comes from the Manor of Hyde, which Henry VIII purchased in 1536 from Westminster Abbey and then turned into hunting grounds. 101 years later in 1637, Charles I opened the park for the public. Over the years, the facilities at the park have grown. Nowadays you can do several activities in this immense park such as football, tennis, water sports and of course just chilling with friends. This park really brings a lot of different people together.

I hoped you enjoyed my blog about London and how to spend a weekend in the city like a real tourist. Discovering the vibrant and lively city of London as a tourist will be an experience that you will never forget, trust me! It is a place you definitely have to visit! However, if you want to get off the beaten tourist track and live like a local, read our 10 incredible things to do in London article to get some great ideas about discovering the big city like a true Londoner!