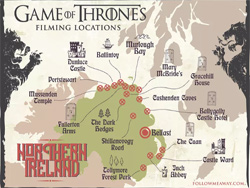 You may know that Ireland‘s tourism industry is seeing a real boost in Game of Throne fan tours. The majority of these tours are take place in Northern Ireland, starting from Belfast, about two hours from our English schools in Dublin.

If you are a GoT fan you may want to create your own tour! In this case you should be interested to know many of our other language schools are located very close to areas where scenes from the hit series were filmed!

Game of Thrones in Malta

Malta was used as the filming location in Season 1 for several of the scenes set in warmer climates, primarily King’s Landing and Pentos. Production mostly centered around the town of Mdina, but also took place at Verdala Palace, the 16th-Century summer palace of the president of Malta, which was used as the exterior of Illyrio Mopatis’ mansion in Pentos.

These filming locations, and other beautiful spots on the island are allwithin easy reach of our school in St. Julian’s Bay! 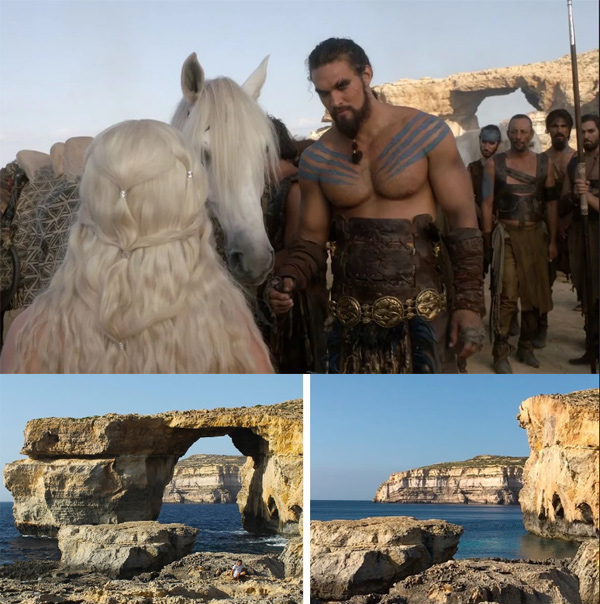 Game of Thrones in Morocco

A few scenes from the famously unaired pilot episode were filmed in Morocco. The southern production unit started in Morocco, moved to Malta later in Season 1, and returned to Morocco in Season 3 to film Astapor and Yunkai. Filming locations are: Essaouira (Astapor), Skala de la Ville, and Aït Benhaddou, near Ouarzazate (Yunkai). 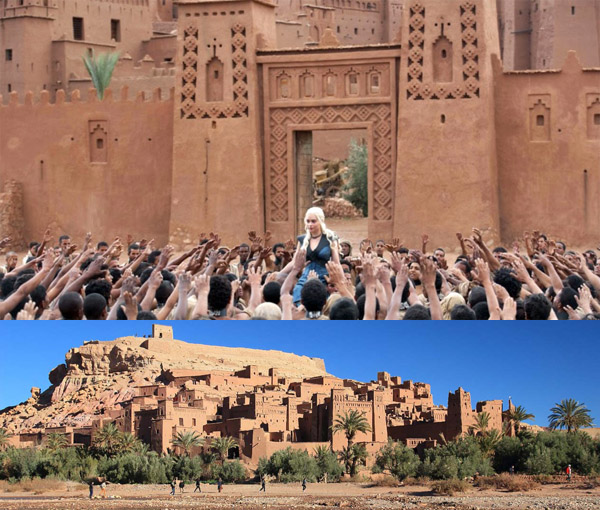 If you plan to study Arabic at our school in Rabat, you are ideally placed to organize a weekend trip to any of these locations for your own private Game of Thrones tour.

Game of Thrones in Spain

Many scenes from the show were also filmed in Spain – so many, in fact, that it was difficult for us to narrow-down the best options!

Take a look below for some of the key examples:

Scenes taking place in both Sunspear and the Water Gardens of Dorne were filmed at the Alcázar of Seville.

The ruins of the Roman Amphitheatre of Italica was used for the Dragonpit, and many scenes from Season 7 were filmed in the city’s Royal Dockyards.

The nearby village of Osuna’s Plaza de Toros, an actively-used bullfighting ring, was also the site of the main fighting pit in Meereen.

Real Alcázar in Seville – The Water Gardens of Dorne

As beautiful and interesting as Seville already was, it’s even better to know that you can combine your language experience with a trip some of the most notable sites from the show.

Contact us to find out about our two central schools. Our Seville Premium Spanish school is located in the historic centre of Seville, whilst our other Seville school overlooks the Real Alcázar!

Did you know that some of the scenes in Horn Hill, seat of House Tarly, were filmed near Barcelona? Surprising though it might sound, GoT cast and crew visited Castell de Santa Florentina, just an hour’s drive from the city, to film several key shots from season 6. The beautiful castle, on the outskirts of the picturesque village Canet de Mar, is a must-visit for all ‘Gillywell’ shippers.

Our Spanish school in the centre of Barcelona offers high-quality tuition and staff here can offer advise on the best locations to visit during your time in the city.

If you can’t pick the best site to visit, why not arrange your own grand tour and travel across Spain to see them all?!

The following list details more filming locations to visit during your Spanish language courses in Spain:

Feel free to share your ultimate tour in the comment section below, and contact us to see how we can help you make your dream a reality!

Cersei and Jaime with their own map of Westeros